Christmas morning. Two things come to mind when I think about this day.

The first is always the birth of Jesus Christ. It is a great reminder of what was done on Calvary for all of us. It all started with this day that we celebrate Jesus’ birthday.

The second thought is what has been considered the “Silent Night”. A Christmas truce in World War I. On that day in 1914 troops across the Western front put down their rifles. They stepped out of the trenches, walked across the field, and shook the hands of the German soldiers. 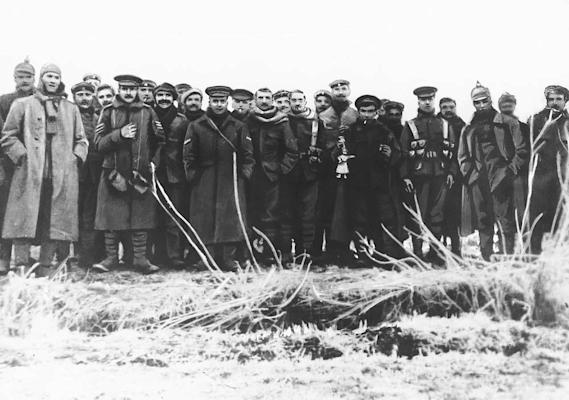 It is up for debate on what exactly took place that day but why not enjoy it?

Graham Williams of the Fifth London Rifle Brigade described it in even great detail:

It is said that the German soldiers emerged from the trenches. They were calling out “Merry Christmas” in English. Some were holding up signs reading “You no shoot, we no shoot.”

Over the course of the day, troops exchanged gifts of cigarettes, food, clothing, and hats. The other good part about this truce was that this gave them an opportunity to bury their dead. Many had laid dead out in the field for days. A time of reflection and a time of healing.

We can learn so much about this today. Many times we just need a break. We need a time of reflection and a time of healing. These Christmas holidays give us that opportunity if we take them. I pray for each of you. I pray that we find peace and healing in this season. A new year is around the corner. Let’s start fresh and new.